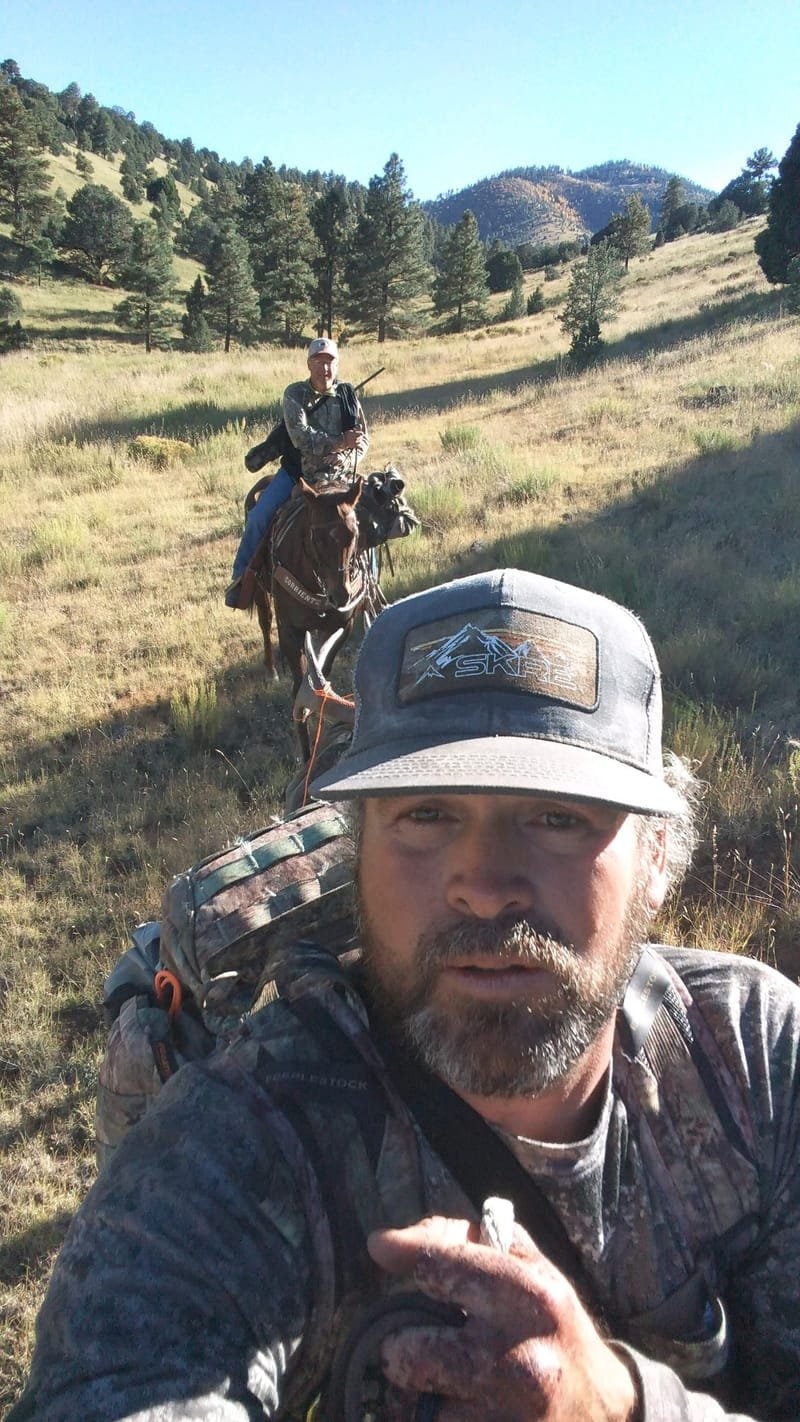 Ernie Cordova is the Owner & Founder of Precision Trophy Hunts. He is an experienced horsemen, hunting guide and survivalist.

Ernie was born & raised in the beautiful White Mountains of Arizona where the highest summit is Mount Baldy, with an elevation of 11,400 feet (3,475 m) and if you follow the mountain range you will quickly end up in New Mexico.  The mountains are drained to the south by several tributaries of the Salt River, and to the north by the Little Colorado River. There are several small lakes.  The part of the White Mountains outside the reservation is in the Apache-Sitgreaves National Forests.

Ernie grew up hunting and fishing with his father.  By the time he could talk,  he was going to deer camp, and by six years old he was walking along with his father in the mountains of Arizona & New Mexico.  The mountains have been his home, his playground and his sanctuary.  If Ernie is not guiding or hunting – you will find him out scouting, planning, and preparing for the next hunt.

Ernie is also an accomplished team roper, and has spent countless summers traveling with his wife and family to rodeos and ropings throughout the West.  Ernie has 5 girls who have all been raised to honor & respect the art of hunting.